In Canada’s resurgence into top-level tennis, the no. 1 Canadian player and 22-year-old, Felix Auger Aliassime has been instrumental. His quick and sudden rise to international stardom at such a young age has made him a fan favorite. He also just had his best season performance to date and many are excited about his bright future. Join us as we talk about Felix Auger Aliassime Net worth, relationships, titles, brand endorsements, and more.

Felix Auger Aliassime was born on 8th August 2000 in Montreal. His father Sam Alissime is of African descent and his mother; Marie Auger is of French-Canadian descent, making Felix bi-racial. Many people have been curious about his race ever since he started gaining notoriety but he is mixed. He receives training from Tennis Canada’s National Training Centre in Montreal, enrolling in the fall of 2014.

Felix Auger Aliassime’s net worth has been estimated to be around $5mil, a marked improvement from last year’s $2mil as he just had his best season performance in 2022. The youngster seems to keep improving year by year, and the same can be said about Felix Auger Aliassime net worth. Only in 2022 he earned $3,404,042 which is near to half of his total net worth.

In total, Felix has accumulated an impressive $8,759,045 in prize money earnings just at the young age of 22. This year has been by far his most successful, contributing almost half of his earnings from the total. As of 15th November, Felix has made $3,404,042 this year alone. A better distribution of his earnings by year is given below.

As a junior, Felix almost exclusively played on the ITF Circuit. He won his first juniors title in February 2015. and he was an extremely successful junior player, winning the Junior Davis Cup with his compatriots for the first time for Canada. But a month before that in September he won the doubles title at the Junior US Open. His greatest juniors accomplishment however was winning the junior singles title at the US Open the following year. Felix was also runner-up in 2 other junior Grand Slam events as well but he was never ranked junior world no. 1. He was the youngest player in history to qualify for a challenger title and to win a Challenger match. After he made it to a semi-final at a Challenger event, Felix also became the youngest player to reach the top 800 in the ATP rankings.

The following year, in 2017, Felix won his second ITF Futures, his first maiden ATP Challenger title, and 2nd Challenger event of the season. He subsequently became the second youngest player to have won multiple Challenger titles and the youngest since Nadal to break into the top 200.

In 2018, he made his ATP Tour level event main draw debut and he even qualified for his first Master’s event at Indian Wells. Felix went on to defend his Challenger title in Lyon and once again, became the youngest to do so. At the 2018 Canadian Open, also called the Rogers Cup, he upset former world no. 10 Lucas Pouille in the first round. At the US Open that year, he would qualify for his first Grand Slam main draw as well.

By 2019, Felix had still yet to win an ATP title. He did although reach 3 finals and even a Master’s semi-final at the Miami Open. He not only became the youngest semi-finalist in the tournament’s history but also the youngest finalist at an ATP 500 tournament after he upset Palo Cuevas in the Rio Open semi-finals. Multiple top-ranking players like Stefanos Tsitsipas, Nikoloz Basilashvili, Gilles Simon, Grigor Dimitrov, and Nick Kyrgios were defeated by Felix during the 2019 season. At the Grand Slams, he earned his first pro victory in a Grand Slam event and he even managed to get to the third round. He was even part of the Canadian national team for the 2019 Davis Cup when they became runner-up for the first time.

The 2020 season was much the same but with a better Grand Slam performance. He made it to 3 more singles finals and won his first ATP title in the doubles category after he partnered with Hubert Hurkacz for the Paris Masters. The win was also his first Master’s 1000 title. At the Grand Slam events, his best showing was the 4th round participation at the US Open. He bested players like Andy Murray to get to the 4th round.

2021 did not see the gradual improvements that Felix had shown in previous seasons. He did although reach his first Grand Slam quarter-final at Wimbledon. That event marked the first time that 2 Canadian men reached a Grand Slam quarter-final together alongside Denis Shapovalov. He would participate in his first Olympics as well but lost in the first round. He had his greatest Grand Slam performance this year as well, at the US Open. Felix became the youngest semi-finalist at the event since 2009 and his ranking skyrocketed shortly afterward. All in all. Felix became runner-up in 3 events and upset multiple top players like Frances Tiafoe, Carlos Alcaraz, Roberto Bautista Agut, Alexander Zverev, and even Roger Federer. He would finally break into the top 10.

2022 has been Felix’s breakout year so far. In January alone he was part of the winning Canadian team at the ATP Cup. At the Australian Open, he had his best tournament performance, reaching the quarter-finals after upsetting Marin Cilic, Daniel Evans, and others. He finally won a singles title after 8 final losses at the Rotterdam Open. He continued with this momentum and went on to win 3 more titles at the Firenze Open, European Open, and Basel Open. He also reached his 5th consecutive Master’s quarter-final. His best Grand Slam this year was the Australian Open where he reached the quarter-finals for the first time. Felix’ recorded his 150th win this year and 2 wins against world no. 1 and many more against other top 10s. He is currently playing in the ATP Finals and is set to represent Canada in the Davis Cup Finals as well.

Felix has only recently started earning titles with his first in 2020. He has accumulated 5 total titles; 1 doubles title in 2020 and 4 singles just this year. His only doubles titles is Masters 1000 title from the 2020 Paris Masters while these most recent 3 titles were consecutive tournament wins. Though he hasn’t won a Grand Slam event, as a junior, Felix won 2 major titles at the US Open; a singles title in 2016 and a doubles title in 2015. He was also runner-up on 2 occasions.

Besides his career titles, he had the second-longest match win streak of the season with 17 wins and he is the second-highest-ranked Canadian man in ATP history. Even more incredibly, Felix is the third youngest player to have been ranked in the top 10. He holds numerous other records due to his young age like being the youngest tennis player in history to qualify for an ATP challenger tournament.

The no. 1 Canadian player is sponsored by Babolat for racquets and endorses Adidas sportswear on the court. Before 2021, he endorsed Nike. Felix is also a brand ambassador for Tag Heuer; a Swiss luxury watch brand.

Felix, sponsored by Babolat, endorses their flagship Pure Aero racquet. But like many other athletes, it’s not the racquet he uses on the court. Felix uses a modified Babolat Pure Aero VS. A 16×20 string pattern and 98in2head size are some of the racquet specs. 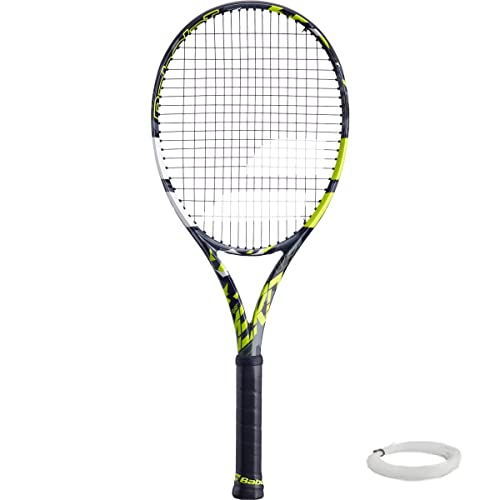 Felix is in a relationship with Croatian equestrian Nina Ghaibi. Not much is known about her by the public but the Canadian revealed in an Instagram post that they had been dating since 2019. They currently have no children.

No, Felix hasn’t won a major title yet.

How many tiles has Felix Auger Aliassime won?

What is Felix Auger Aliassime’s net worth?

His net worth is estimated to be around $3mil.

What race is Felix Auger Aliassime?

Felix is mixed race with an African father and a French-Canadian mother.

Is Felix Auger Aliassime dating anyone?

He is dating Croatian Equestrian Nina Ghaibi. They started dating in 2019.