I’ve been involved with tennis for many years – plain and simple it’s one of the loves of my life.  And because I love winning, trophies, and beating my buddies, I’ve studied and read everything on this great game.

I even once ordered old tennis books by Pancho Gonzalez, Don Budge, and Jack Kramer just to see if I could discover even one winning tennis tip, tactic, or strategy that would help me learn how to improve at tennis and win even more.

Before I started studying tennis like my life depended on  it, I would  get so frustrated when I would lose to someone I felt I should beat.

Somehow certain opponents would always beat me. And I knew it was because they were outsmarting me with better tennis tactics and strategies.

So, instead of being able to confidently stride around the local tennis club and take pride in my victories, I did the right thing and told everybody that my opponent had just played too well for me. But I knew I could do so much better.

So, being a very competitive type, I decided to learn everything there was to know about winning tennis.

Now, I didn’t play tennis as a kid so I didn’t have years and years of grooving perfect tennis strokes. I realized that the only path for me the path to tennis enlightenment so to speak if I was going to learn how to play better tennis and improve in my tennis game, was that I was going to have become the smartest, most tactical tennis player around. I needed the knowledge of a world class tennis coach.

So, I attacked the problem using the same techniques that I used to become an emergency physician (in real life I’m a doctor by the way).

You should read every tennis book you could get your hands on, watched professional tennis on TV and in person, took lessons, went to tennis camps, read every tennis tip written by the top tennis coaches, and tried every possible bit of tennis information, tennis strategy and tactic to improve your game, etc.

And then I would go on the court and play matches which, of course, is the ultimate test. And even though my strokes were getting better, I was still losing. After all, almost all conventional tennis instruction and information is based on technique and strokes.

I had to understand why I was still losing

So, I kept on studying and thinking and trying new things. And, after years and years, I started to see the light. I gradually began to understand what I call the secret game of tennis.

I started to apply my new tennis strategies. I began to win matches against people I never thought I would beat in my lifetime. What an unbelievable feeling!

Over the years I’ve become known as the guy who beats you on the court and then, if you’re interested, gives you a helpful winning tennis tip as to what patterns I used to win.

Don’t worry, I do this in a nice way. Even people who have been playing tennis all their lives are constantly thanking me because they know I’ve just given them a super valuable insight.

I hate to admit it but some people now call me THE TENNIS DOCTOR. But that’s OK because I really like helping people improve their tennis.

It breaks my heart that too many players think that the only key in figuring out how to improve their tennis game is to keep working on their strokes and learning how to hit the ball harder and harder.

I see these players year after year at the club and they never improve. They might spend fortunes in lessons with tennis coaches and new equipment and yet THEY IGNORE THE TACTICAL SIDE OF THE GAME. THIS IS THE BIGGEST MISTAKE YOU CAN POSSIBLY MAKE.

Do you think it’s any coincidence that Andy Roddick won his only US OPEN a few years ago just months after hiring the famous tennis coach Brad Gilbert?  And what do you think Gilbert helped him with? I can guarantee that it wasn’t how to hit the serve harder.

Want another example of how a player’s career can zoom forward when he begins to understand INSIDE TENNIS STRATEGIES?  The famous Andre Agassi was once known as an underachiever if you can believe it. He used to play with HEAD Tennis Racquets.

Even though he hit the ball better than anybody on the tour, he had very few major wins. Then he learned when and how to use his power and when to just be content with moving his opponent out of position. All of a sudden, he began to win a whole host of major championships.

Too many tennis players are just content to hit the ball without any purpose. But to improve in tennis you have to begin to learn that every shot has a purpose. There is a game within a game that is going on in every point. The strategic tennis player sees things others don’t. The game becomes easier and you’ll start beating people that you never thought you could beat.

There’s a tennis revolution going on.

You see, if you can figure out the best place to hit the ball, it doesn’t really matter how good you look getting it there.

Many books have in-depth explanations of the theory of strategic patterns, the theory of sequential planning, the differences between pro tennis and club tennis, and very specific tennis tactics and tips you can use immediately to start winning matches.

Imagine having a chance to win even on those days when your strokes are off by outsmarting your opponent. It’s like having a world class tennis coach whispering in your ear as you play matches.

I want you to start to see tennis in a whole new light. I want you to improve your tennis game and win more matches but just as importantly I want you to enjoy the game even more. Once you begin to understand INSIDE TENNIS STRATEGIES your enjoyment of tennis should zoom.

There’s so much great material on internet that you should read in your beginning stage of learning tennis, this will really help you to touch advance level.

That’s what I want to do for you. I want to really show you how to improve your tennis and catapult your game from whatever level it’s at to the next level.

ALL THESE TENNIS SECRETS, WINNING TENNIS TIPS, AND MORE WILL TAKE YOU TO THE  NEXT LEVEL AND HELP YOU WIN MORE MATCHES

Now, a lesson or tennis info from a tennis pro or tennis coach can cost you anywhere from $40-$60 depending on where you live. And, if the lesson isn’t any good you don’t get your money back. Tennis camps can cost up to a thousand dollars. But I so strongly believe that you’ll improve by incorporating these killer strategies into your game.

When I think about how many hours and hours of lessons you would need to learn all these hidden tennis secrets and killer strategies, the cost would be in the thousands of dollars. But I want to help as many players as possible. Because the more people enjoy tennis, the more people will play. And this will allow our great game to grow and become even more popular.

give your own personal test run on the tennis court after reading every single tip. Take a full 60 days and use it as your own. Your game will dramatically be improving day by day.

Its a Real Call from Tennis Book Reader 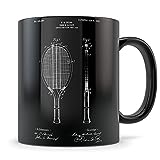 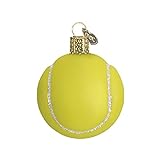 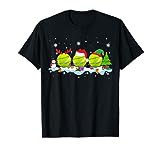 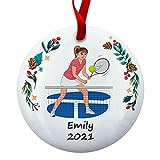 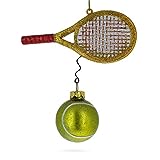 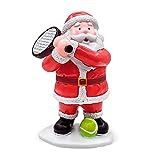