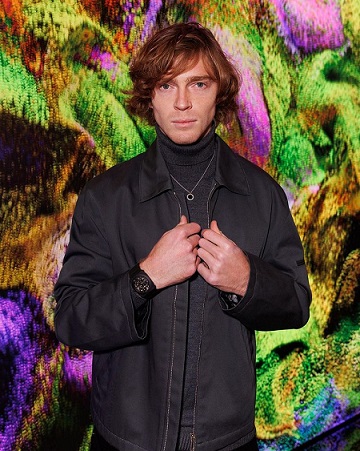 Apart from Spain, Russia is another country dominating the top spots in tennis right now. The no. 2 Russian player, former no. 5, and current no. 8, Andrey Rublev just had his best career season in 2022. He has consistently improved throughout his to become one of the leading players in the new generation of tennis. Join us as we talk about this Russian star Andrey Rublev Net worth, journey, answering all your questions and more.

Andrey Rublev was born in Moscow Russia on the 20th of October 1997. His parents; Andrey Rublev Sr. and his mother, Marina Marenko were both professional athletes. Andrey Rublev Sr. was a professional boxer and his wife was a tennis coach. Andrey seemed destined to play sports given his family’s ties to the field. Even his maternal grandfather was a freestyle wrestler, amateur tennis player, and coach. Loving called “Ruble” in Russia, he has many interests besides tennis. Andrey hopes to make electronic music in the future and is an avid watcher and supporter of FC Barcelona. He even practices boxing and baseball as hobbies. Andrey currently trains at the 4 Slam Tennis academy in Barcelona, joining in 2016. His tennis idols are Marat Saffin and Rafael Nadal, the latter of which he contested against on the court on numerous occasions. A link to his official website is given below.

Since 2020, Andrey Rublev net worth gradually increasing. Especially After massive successes in 2022, the world no. 8’s net worth continues to grow. Andrey Rublev’s exact net worth isn’t known but it is estimated to be above $7 million. Only in last 2 years he earned more than all previous years of his career.

The no. 2 Russian tennis player has had greater and greater successes year by year. Even in 2022, 8 years into his professional career, Andrey has improved in all fields with his best season performance. In total Andrey has amassed $14,227,458 in prize money earnings. He made the most prize money of his career so far in 2022, with an addition of $4,106,247 for this season, a marked improvement from the $3.3mil he made last year. If his current trend of “one-upping” his previous year’s achievements continues, he will have a long financially successful career.

Rublev first started playing competitive tennis at age 13. He had an extremely successful juniors career. The juniors world no. 1 won at the Orange Bowl, one of the biggest junior-level tournaments in 2012. 2 years later he would make a big splash at the junior Grand Slams with a quarter-final at the Australian Open singles. He also reached the quarter-final in doubles partnered with Alexander Zverev.  His greatest junior achievement has to be his singles title at the juniors French Open, allowing Andrey to become the world’s no. 1 junior. He would continue his domination at Wimbledon, reaching his first doubles final.

Even at the 2014 Summer Youth Olympics, Andrey became an Olympic medalist winning a silver and bronze medal in doubles and singles respectively. But before that, Andrey participated in multiple ITF Futures events, winning 3 Futures events with many finales, semi-final, and quarter-final appearances. He would end his junior career with a significant win at ITF’s inaugural Junior Masters in Chengdu.

He would make his ATP debut at the Delray Beach tournament. At the Miami Open, he made his first Masters 1000 participation, and at the Barcelona Open, he reached the second round as a qualifier. Andrey was also called for the 2015 Davis Cup team, helping Russia reach the World Group stage of the event. At the Grand Slams, he made his main draw debut as a qualifier when playing at the 2015 US Open. He would end the season with his first doubles and first-ever title at the Kremlin Cup in doubles. He recorded multiple top player upsets that year including Pablo Carreno Busta and Finland’s greatest- Jarkko Nieminen. He won at least once in 5 ATP tournaments in a season as a teenager, matching Rafael Nadal who had done the same in 2015.

His 2016 season Grand Slam performance would amount to no main draw appearances, a letdown compared to last year. He would however win his first Challenger title in singles at Quimper, France. This win allowed him to break into the top 200 rankings, now ranked no. 161. 2017 would prove much more eventful for Andrey, allowing him to break into the top 50, a massive jump from 161st in 2016. In the 2017 ATP World Tour, he got to the main draw at all the Grand Slams with his first direct entrance at the US Open. He would reach his first major quarter-final at that same event, a decisive win in his career that skyrocketed his ranking.

Besides the Grand Slams, he also won his first ATP title as a lucky loser at the Croatia Umag Open. Andrey also reached a Challenger Final and qualified for the Next Gen ATP Finals where he became runner-up, the greatest achievement of his career so far. He yet again recorded multiple high-ranked player wins. Yen-Hsun Lu, former no. 9 Fabio Foginini and Grigot Dimitrov, and former no. 7 David Goffin. He would contest and lose to his idol, Rafael Nadal at the US Open as well.

In 2018, his greatest showing was making the final at a Masters 1000 event when he became runner-up at Doha. He won no titles this year but did reach 2 back to back quarter-finals at Montepellier and Rotterdam. He also missed 2 Grand Slam events due to injury and of the 2 Grand Slams he participated in, his only notable appearance was reaching the 3rd round at the Australian Open, his best performance at the event so far. It was also at this event that Andrey was seeded at a Grand Slam for the first time.

2019 was a return to form after his injury last year. After recording multiple top 10 wins, Andrey finally won his second title at the Kremlin Cup once again. The best win of his career also came to pass in 2019 when he upset Roger Federer, giving him his quickest loss in sixteen years. He had no major Grand Slam showings though.

2020 was his breakthrough year, winning 5 titles and reaching a career-high ranking of no. 8. He won 2 back to back titles at the Qatar Open and Adelaide International and became the first player to win 2 ATP titles in the first 2 weeks of a season since 2004. He continued to upset multiple top-ranking players and qualified for his first ATP Finals where he lost in the Round Robin Stage. At the Grand Slams, he made 2 major quarter-finals.

Andrey’s 2021 season was much the same titles at the Qatar Open, ATP Cup, and Rotterdam Open. He also became runner-up at the BNP Paribas Open for the second time, and at Monte Carlo, his first singles Masters 1000 final. This year also marked his first and only season so far when he participated in all 4 Grand Slams. His best performance was at the Australian Open, becoming a quarter-finalist. At the 2020 Tokyo Olympics continuation in 2021, he won the Gold in mixed doubles, with the event marking the first ever time he played in mixed doubles competitively. He would reach a new career high ranking of no. 5. In 2022, Andrey won 2 titles at the Open 13 in Marseille, one at the Dubai Duty-Free Tennis Championships, and his 4th of the year at

The Gijon Open. He became a 2-time major quarter-finalist again, mimicking his 2020 season. He was banned from participating at Wimbledon due to Russia’s invasion of Ukraine even though he expressed a desire to avoid conflict. Andrey qualified for his 3rd  ATP Finals in a row, becoming a semi-finalist but losing to Casper Ruud. He achieved a year-end ranking of no. 8.

Andrey has won 13 total titles, consisting of a mixed doubles title at the Olympics, 3 doubles titles, and 12 singles titles. He has won no major titles but has been a quarter-finalist at 3 of the 4 events with 3 quarter-finals at the US Open alone. He was also part of the Russian team for the ATP and Davis Cup, both events where Russia became the winning nation. He has one Open Era record which he earned earlier in his career at the 2017 Croatia Open when as a lucky loser, he went to win the event. Andrey is one of 9 people to have accomplished that feat. He also had a 22-match winning streak at ATP 500 events, the second longest in tennis history.

The French and US Open quarter-finalist is sponsored by Nike for his clothing apparel and shoes. He currently wears the Nike Air Zoom Vapor Pro shoes on the court. He endorses Head racquets and Bvlgari- a luxury Italian watch brand. He is managed and partnered with IGM and endorsed by 4 Slam Tennis, the tennis academy he trains at. Andrey is also sponsored by Penhaligon for their body fragrances and perfumes.

Rublev is sponsored by Head and uses a racquet from their flagship tennis line, Head Gravity, using the Head Gravity Pro to be specific. The racquet has a 100in2 head size and an 18×20 string pattern. He previously endorsed the Wilson Six-One 95 racquet when he had a contract with the sports goods brand. 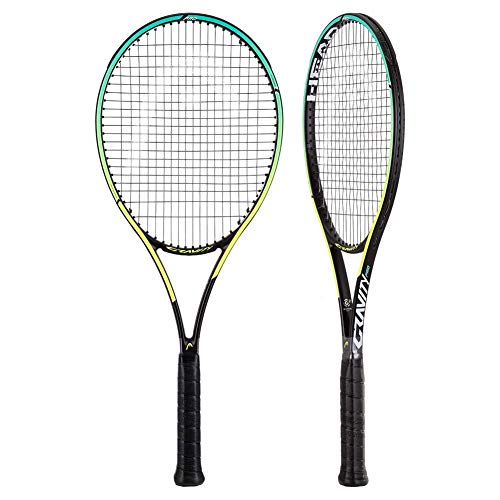 Andrey Rublev has been with long-time Latvian girlfriend Anastasija Homutova for a few years now. The couple first met in 2016 during practice at a tennis event as Anastasija is also a professional tennis player. She has also dabbled in modeling and coaching young players. Not much more is known about the couple as they have chosen to keep their private lives together away from the public’s view.

How many titles has Andrey Rublev won?

He has won 16 ATP titles, including an Olympic Gold medal.

What racket does Andrey Rublev use?

No, but he has been a quarter-finalist 6 times.

Unlike his key tennis idols growing up – Rafael Nadal and Marat Safin – Rublev is Orthodox Christian and can be regularly seen crossing himself after matches.